The political system of Pakistan is comprised of a multi-party system; therefore, the formation of alliances and counter alliances by the political parties is a common feature of its political culture. Pakistan's political history reveals that alliances are formed against authoritarian military regimes.The alliances were also formed to cope with the civilian administration of popular leaders, as they are accused of benefiting from rigged elections, and authoritarian policies and being responsible for the economic crisis. During the military regime of Ayub Khan, the opposition alliances succeeded in removing Field Marshal Ayub Khan from the presidency as he failed to cope with its pressure in the late 1960s. The purpose of this study is to determine the role of these political alliances during the martial law regime of Ayub Khan.To what extent are they sincere in their cause of developing a viable political system in the country? What circumstances led to the formation of these alliances? What was the impact of these alliances on the Pakistani political spectrum? The present study has attempted to answer some of these questions. 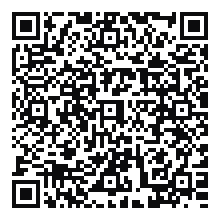