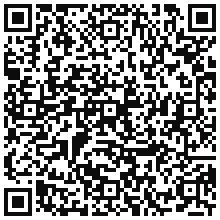 This paper was to study the relationship between socioeconomic status and test anxiety of undergraduate students. All the undergraduate students of all the departments of Sargodha University were the population. A sample pertaining 550 students were selected through multistage random including 181 male and 369 female students, selecting 50 students from 11 departments. Instruments were adapted socioeconomic status survey for students and Test Anxiety Scale (WTAS). After pilot testing both the instruments on 100 students, Cronbach Alpha value for WTAS was 0.79, and SACQ was 0.90. The study was descriptive and survey. Analysis of data was done through frequencies, means, percentages t-test, one-way ANOVA, and Pearson r. The majority of students showed a moderate level of SES as well text anxiety, female undergraduate students are of higher SES level and text anxiety than males, and no relationship between SES and test anxiety of the undergraduate students was found. A recommendation is that students may be exposed to group projects, seminars and guidance, and counseling sessions regarding test anxiety.

Students getting admissions in universities have a variety of attributes like level of academic abilities, mother language, family status, ethnic belonging, age, gender, socioeconomic status, etc. Due to this diversity, the University environment becomes dynamic but complex. Students have to face multiple challenges, choices, responsibilities, and situations (Kerr, Johnson, Gans, & Krumrine, 2004). That’s why according to McDermott and Pettijohn (2011) in universities all over the world, fresh entrant students bear a high rate of psychological indisposition.

Lapsley and Edgerton (2002) explained that in university, students exposed to anxiety and depression reported due to not managing the challenges.  It is an admitted and agreed upon fact that anyone who ever had been a university student faced experiences adjustment and anxiety problems (Clark, 2005). Hence it is appropriate to study test anxiety and socioeconomic status of students. Every year hundreds of students get admission to the University of Sargodha for various undergraduate programs. These students with different socioeconomic statuses belong to different areas of the country and have many types of psychological issues. They come with the experience of a college environment that is relatively poles apart from the environment of the university in regard to the approach of education, i.e., social activities, academic activities, assessment and exams patterns, and co-education. This study was conducted to determine the relationship between the socioeconomic status of undergraduate university students and their test anxiety.

Students getting admission to the university may be from the different strata of the society and have different mental statuses, ability levels, and social and emotional levels. The study is to explore the students' socioeconomic status and test anxiety level of the students.

In literature, the term social class is mostly used as an alternative for socioeconomic status. Socioeconomic status is measured in the form of indices by the person's educational level, occupation, annual income level and socioeconomic status Fouad and Brown (2001). SES indices are divided into mainly three categories i.e. high-SES or upper-class, low-SES parents in working-class, and middle-class parents in average-SES (Ostrove & Cole, 2003).

Kane (2001) found that students' class background play a vital role in the determination of who will attend and who will complete graduation from college. U.S Government Advisory Committee on Students Financial Assistance (ACSFA) reported that half of the number of students from working-class or low-income strata attend the colleges whereas their peers from high income level and from only forty percent complete their graduation. It has also been reported that students are less expected to graduate whose parents are from low-income class or who have not graduated from college (GAO, 2003). According to Backhaus (2009), as she reported in her book that students from high SES may have some sort of material comfort in comparison to their peer from low SES but may have negative beliefs about their low SES peers and furthermore, students of higher SES background may feel shyness about sharing their social status as they may be perceived of showing off their wealth and social status.

The socioeconomic status of a family has an impact on children's life from mother's lap to graduation. It has multidimensional impacts like physical development, intellectual development, and coexistence in society.

Moreover, many psychologists describe that SES is affected by some other indicators like ownership of domestic items (like a computer, calculators, TV, etc.), ownership and location of the house, number of books at home, economic and cultural assets (Yang, 2003), and social resources (Lareau 2011; Tittenbrun, 2016).

Parents of the middle class show a typical parenting style with strong cultivation, like encouraging children talent by planned activities; on the other hand, parents of the working class observes natural way of parenting and let their children struggle at their own, but this happens through unplanned way and amorphous time. In this way, children from families of the middle class get well prepared for education because education systems are helpful for such children (Rubin, & Kelly, 2015).

In modern-day societies, the influence of family plays a critical role in the academics of children (Ahawo, 2009). It means SES of family affects students’ achievement in either way (Omoraka, 2001). The researchers and other stakeholders may get the benefit for the study of complex SES phenomenon with the social efforts of societies in eradicating or lessening the achievement difference between disadvantaged strata and well of strata of the societies. Community is also counted in SES since people of the community have a great impact of the residents in creating cultural traditions and norms (Catsambis & Beveridge, 2001). Though some different temper try to live avoiding harmful effects of the community but often they lose their children in the streets as peer groups affect the children strongly (Berliner, 2006).

Measuring SES is associated with many variables of characteristics of the social class of students (Ensminger & Fothergill, 2003). SES is judged different variables. Many researchers take a social class and SES equivalent and refer to economic and social characteristics of students for example, parental education, parental occupation, and parental income are counted as distinctive elements of SES (Bollen, Glanville, & Stecklov, 2001; Ensminger & Fothergill, 2003). SES has unique components and each one measures a different aspect of SES (Bollen, Glanville, & Stecklov, 2001).

Test anxiety, as defined by Duraku, (2017), is a set of behavioral, psychological, and phenomenological responses that go with concerns around potential adverse effects or unsuccessful in evaluation situations or exams. Anxiety for tests varies throughout the university years. According to Olaitan & Moroluyo (2014), test anxiety is particularly related to the students' successes. The authors found that it is possible for the students who are not emotional, academically, and socially well-organized may get disturbed by even a very minimally difficult test; on the other hand, students who have less test anxiety are more organized, well prepared, and well-adjusted to the school environment.

Sridevi (2013) conducted a study and reported a positive correlation between general anxiety and students’ test anxiety i.e. the one that is more

anxious generally will have more anxiety during or after the test. It was further reported that test anxiety is inversely related to academic successes. It was pointed out that students who remain anxious during tests will remain worried about their results which will ultimately affect their academic performance. Apart from academic factors, some other factors like the ability to manage time, financial factors, personal factors, and health problems influence students (Duraku, 2017).

Some psychologists have a different view. They say that anxiety is if the usual element in human beings' life. It affects humans' performance differently in different situations. Text anxiety helps students to make up their mind to develop a fighting spirit and face frightening situations. The average level of test anxiety makes students' responsible and hardworking in their studies (Donnelly, 2009).

The discussion about socioeconomic status and test anxiety are the most important factor in the life of a student. Both the factors play a vital role in the academic success of students, and both the factors may have any association with each other.

The objective of the Study

To find out the relationship between socioeconomic status and test anxiety of the undergraduate students of Sargodha University's main campus, is the objective of this study.

Research questions to conduct the analysis of data are as follows.

i. What is the SES Level of undergraduate students?

ii. What is the test anxiety level of undergraduate students?

iii. Is there any difference of SES test & anxiety between male & female undergraduate students?

iv. Is there any difference of test anxiety of undergraduate students with respect to SES levels?

v. What is the relationship between SES & test anxiety of undergraduate university students?

Methodology of the Study

The study is descriptive, and survey technique was used to find out the relationship of socioeconomic status with test anxiety of undergraduate students.

Instruments of the study. Two research instruments, socioeconomic status (SES) and Westside Test Anxiety Scale, were used in this research. The socioeconomic status survey developed by Arif (2015) was adapted with permission and trivial changes in parents’ occupation & family income index were made. The “Westside Test Anxiety Scale” was developed by Driscoll (2004) with open permission to use to measure students Test Anxiety Level. A number of items included in the original scale was 10. One item was deleted, and the scale was adapted after incorporating Urdu translation for each item with responses at Likert scale.

Both the scales were validated through the opinion of five experts with PhD qualification and academic and research experience and their suggestions were incorporated. For pilot testing both the instruments were administered to 100 undergraduate students not included in the real sample. From the data collected from the pilot study, were used for estimation of reliability coefficient and found Cronbach Alpha values 0.79 and 0.90 which are acceptable. Data was collected by self-visits and were analyzed using descriptive statistics "e.g. mean scores, standard deviation" and inferential statistics "e.g. t-test, one way ANOVA and Pearson correlation" were used.

To find out SES level of each student, a method or criteria used was; all the scores were added. The possible least score of SES scale was ‘0 and highest was 33’. The scores were divided into the categories according to criteria i.e. 23-33 scores for high SES, 12-22 scores for moderate SES and 0 – 11 scores for low SES.

Table 4 shows that a significant difference in test anxiety of undergraduates with respect to levels of SES was not found as showed by F-value = 1.226 at p-value = .294.

Table 5 shows that any significant relationship of test anxiety with SES of the undergraduate students was not found as indicated by r = -0.040 and p-value = .350.

Conclusions drawn from the analysis of data are:

3.        There is no significant difference of test anxiety of undergraduate students with respect to SES levels the result and no relationship of SES with test anxiety of the undergraduate students was found. The result is opposite to the findings of Peggy & Rolfe (2009) that there is an inverse relationship between student socioeconomic status and level of test anxiety. Possible reason may be that most of the students of this study are from the Sargodha district which is agriculture based area and most of the area is citrus fruit producing. That's why students have moderate and low SES, whereas students from such families remain busy in agriculture work, so they have no fear of disaffection from parents, family and less acceptability of friends and personal worth as is discussed (Duraku, 2017).

The recommendation drawn from the data analysis is that the opportunities of group projects, seminars and guidance and counseling regarding test anxiety may be provided to students. Moreover study may be replicated in other universities and areas.