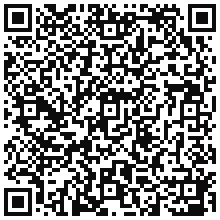 Students' learning experiences play a critical part in shaping their character and enabling them to be effective and skillful in playing their roles in society. The learning experience means any interaction, event or time in one's life that exert a significant effect, particularly that is memorable and it can occur in any formal or informal life setting (Preet, 2010). This research focuses on the scale development and validation of students learning experiences in the classroom, outside the classroom, and on-campus at the higher education levels. It is critical to assess students' experiences, interactions, and talents at the university level. This was a novel problem to be researched at the university level. University graduates are a valuable resource for any state, nation, or country.

Outside classroom learning experiences are cultural diversity, library and learning resources, conferences, seminars and webinars in the light of previous literature are taken as factors for the development and validation of an instrument. Fink (2013) highlights the creatively redesigned learning experiences and teaching environment from the traditional system of chalk and talk lectures in the classroom and developed engaging significant learning space outside the classroom. According to Lai (2015), there has been, over the last 20 years, a spike in research interest in foreign language learning outside of the classroom. It has increased our understanding of language learning in such an environment as out of classroom boundaries. The out-of-classroom learning is not only considered in relation to in-class learning but also as learners experience between the two types of environments, apart from a few studies in recent years by (Kashiwa & Benson 2018; Lai 2015; Ranta 2017) that have focused on both environments to examine the connection between them. According to Lantolf (2013), the learners inside the classroom as well as outside the classroom engage in sociocultural behaviors. This is one of the most important means and ends of learning. Learners engage in autonomous learning when they establish desirable learner identities and take strategic learning activities based on their own assessments, whether they are learning in the classroom or outside the classroom context.

In the case of classroom learning experiences, the library is an important component to play its role in students learning experiences outside the classroom. Professional development for academic librarians. Pan and Hovde (2010) stated provide additional training not available at library schools, such as on-the-job training. Many academic librarians, according to (Coiffe, 2014; Wyatt et al., 2018), must keep up with current trends and technological breakthroughs, as well as present and write on librarianship topics. According to Lozano et al. (2013), today's students are growing up in a highly globalized world with a green economy where climate change is posing increasing obstacles to their daily lives, well-being, and employment opportunities. The extent to which present education and learning experiences are preparing key stakeholders, decision-makers, and future leaders with the skills to adequately address such current and long-term difficulties is increasingly being questioned.

On-Campus experiences are those interactions that occur in different spaces on the campus. In the light of previous studies, the unions and clubs (Barr et al., 2014), accommodation facilities (Abisuga et al., 2020); peace and security (Chapman, 2013) were taken as factors to developing the instrument to measure these experiences. According to Barr et al. (2014), student problem professionals perform a range of roles in order to fulfil their professional responsibilities. Administrator, caretaker, change agent, confidant, counsellor, consultant, crisis responder, diplomat, disciplinarian, entrepreneur, fundraiser, grant administrator, leader, programmer, and many other positions are available. Chen et al. (2009) concluded that the smart campus environment provides self-study learning and feedback according to the needs of the students. This is skillful and beneficial through the blending of real learning resources into a campus-wide public network. Furthermore, the recommended technique can profile and record learner behaviors. Some of these facilities are active participants, while others serve as backup. On the other hand, each facility serves a specific purpose and provides value to the university (Abisuga et al., 2020). On-campus student housing is one of the sorts of amenities that contribute to the availability of high-quality higher education (Simpeh & Shakantu, 2020). Akinsanmi (2009) maintain that the students learn best in a challenging, safe, pleasant, social, and enriching setting. According to Brown et al. (2011) careful space planning can assist information flow and as a result, constructive learning on campus happens. Chapman (2013) and Jarvis (2009) found out that campus is a tapestry of sensory, cognitive, and intellectual encounters. The researcher further describes the experience as a spatial value that improves the overall quality of life on campus.

Tryout of the Instrument

The pilot testing of a questionnaire of students learning experiences was conducted on 200 students at University of Sargodha in three departments as education, psychology and sociology. According to Vaske et al. (2017), the consistency of scores or answers from one set of items to the next is referred to as reliability. The internal consistency coefficient was measured using Cronbach’s alpha. Muijs (2011) deliberated that if the value of a research instrument's reliability coefficient is more than or equal to 0.70, the research instrument's internal validity is regarded as satisfactory.

Construct wise and factor-wise, Cronbach alpha reliability of the instrument was .97, a well reputed measure of reliability. The items were reduced from 60 to 41 because in pilot testing, 19 items were found superfluous and were deleted from the instrument. Having pilot tested, the final questionnaire of students learning experiences for higher education level students consisted of 41 items excluded demographics of respondents. The second part of the questionnaire comprised nine factors. Teacher interaction comprised of 4 items, assessment and feedback 5 items, peer group discussion 5 items, cultural diversity 4 items, library and learning resources 5 items, conferences, seminars and webinars 5 items, unions and clubs 5 items, accommodation facilities 5 items, and peace and security5 items.

The questionnaire was applied to a large population of 1024 students from six public sector universities in Punjab. Data were collected from the Department of Education, Psychology students studying in semesters 3rd, 5th and 7th appropriately. It was analyzed in two phases. The data were analyzed using the statistical program for social sciences (SPSS) version 21 and AMOS for Confirmatory Factor Analysis. In the first phase, the data were analyzed using descriptive techniques, such as frequencies and percentages. Descriptive approaches are those that use number keys to describe a set of essential data (Gay, 2008). Descriptive statistics enable the researcher to describe a variety of data using indices such as average and median (Fraenkel & Wallen, 2009). In the second phase, simple linear and multiple regression analysis was applied to measure students learning experiences. The data were collected personally visiting sites by the researcher

himself while visiting the classes and explaining

questionnaire to the students.

Table 4. CFA and Reliability Analysis of Students' Learning Experiences inside Classroom, Outside Classroom and On-Campus

A1= Teacher interaction A2= Assessment and feedback A3= Peer Group Discussion

B1= Cultural Diversity   B2= Library and Learning Resources B3= Confer. Sem. and Webinars

Table 7 showed that all items corrected total item correlation (CITC) values are greater values than the cut-off value of 0.5. It indicated that in the data, the discriminant validity was reliable and not a problem

Table 8 indicates that the maximum Variance Inflation Factor value (2.00) showed that data was free of multicollinearity as such. Composite Reliability values range from 0.63 to 0.87, showing

that the model is fit. The Composite Reliability values ranged from 0.66 to 0.75 and it showed that the measurement model was valid and valid.

measure students learning experiences inside, outside and on campus experiences from different angles. These models of the instrument were not insufficient to fulfill the needs of scale as a whole, so this instrument was developed.