FDI and Wage Nexus: Evidence from the Manufacturing Sector of Pakistan

Foreign capital inflows resulted in overall economic growth in many countries, but there are many concerns about its distributive effects,especially on fluctuating wages, which are still being investigated. The aim of this research is to investigate the impact of foreign direct investment on domestic industry wages using micro-level data from Pakistan from 1996-97 to 2007-08. Foreign firms are expected to pay higher wages than that domestic firms in order to attract more labor; thus, if foreign and domestic firms compete in the same labor market, domestic firms would pay higher wages to recruit jobs, resulting in rising average domestic industry wages. The empirical analysis also shows that in Pakistan, FDI inflows raise industry wage premiums.The findings of the study are robust by the inclusion of various globalization and sector-related variables. To reap higher wages, Pakistan's government should promote FDI at the industry level. 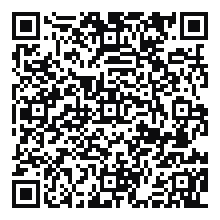